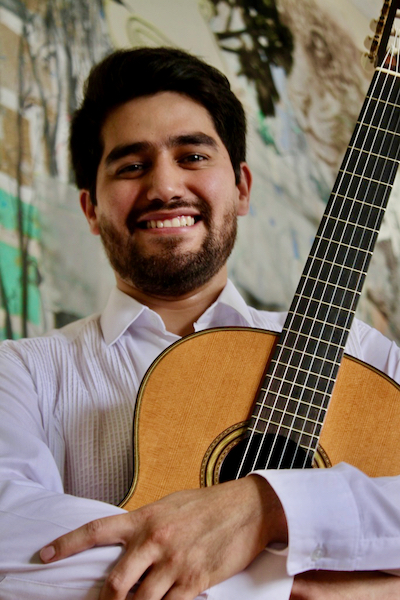 Along with my classical training, I belong to several projects of contemporary music, free jazz, free improvisation and Latin American music. Currently living in Berlin with parallel projects in Mexico City and Europe.

About the roots… The earth is the memory of man. In its breast repose our memories, nostalgia germinates and time, embalmed, awaits the hand that will reveal its past. In its mysterious depths, metals and the departed mature equally under the shelter of silence. A shroud of history, a funeral sheet of vanity, the earth is also the foothold of imagination for those artists who, like Gustavo Camacho and Eric Trejo, know that heaven is inaccessible to those who do not sink their roots in it.


Influenced by the delusions of the poet of Epidaurus -Fáunides Agapimúnides Sagaposlambanómenos-, they discovered in the prose of Jorge Luis Borges that conjectural object that contains in a single point and at the same time, all the times and all the spaces that are and have been, the aleph, and decided not to only to make it theirs for the name itself, but also for the ambition to include in their music, all the things that can be said with twelve strings.


About the disk… Aware that a rolling stone is not a song that goes tumbling through the peripheries of life breaking hearts, but a river pebble to which the constant caress of the waters slowly erases its features; in the same way as time, that other river, in which memories revolve, polishes the vestiges of the past to make memory a refuge from the almost extinct nostalgia.


Gustavo Camacho and Eric Trejo have decided to leave in this recording a trace that will allow them to understand the color of their future longings, as well as a testimony of their perennial friendship and constant love for their roots. 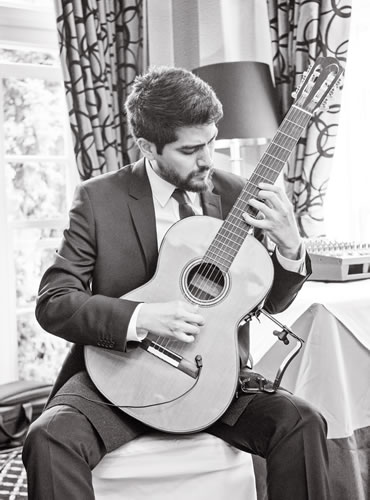 * Scholarship
• From 2013 to 2015 he was recipient of the scholarship for Abroad Studies of the Mexican Cultural Fund (FONCA-CONACYT).